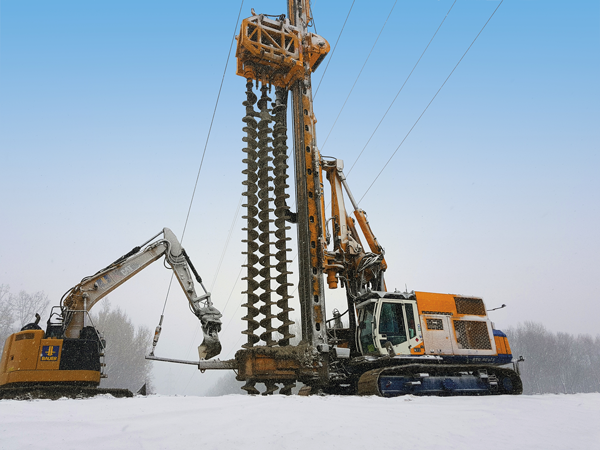 Construction of sealing walls for rehabilitation of flood protection dam

The Marchfeld is an approximately 900 km² large plain of a clayey rock sequence and gravel, which forms the part of Lower Austria bordering Vienna to the east, one of the largest plains in Austria. It is bordered in the east by the river March, the border river between Austria and Slovakia, and in the south by the Danube and its floodplains (e.g. Lobau). In the north, it is bordered by the foothills of the so-called Weinviertel region from “Wiener Bisamberg” to “Angern an der March”.