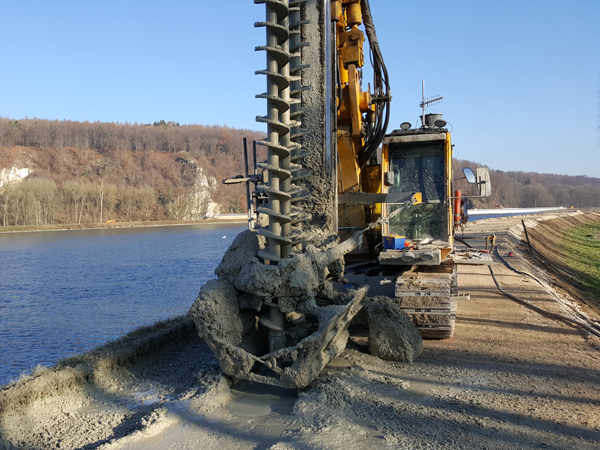 The Bittenbrunn power station is a run-of-river power station on the Danube. The power plant is located near Bittenbrunn, a district of Neuburg an der Donau and started to produce electricity commercially in 1969.

With an average water flow of around 6855 m³/s and a total length of 2857 kilometers, the river Danube is the second largest and second longest river in Europe following the Volga. The river drains large parts of Central and South-Eastern Europe. It flows through or touches ten countries - more than any other river on earth.

The Danube takes its name from the unification of two source rivers, the Brigach and the larger Breg, which both originate in the Black Forest. It crosses three large basins: the northern foothills of the Alps and the Vienna Basin (upper reaches), the Pannonian Plain (middle reaches) and the Wallachian Lowlands (lower reaches). It cuts through the separating mountains in narrow valleys. The river flows via the extensive Danube delta into the Black Sea.