DIAVIK Diamond Mine A 21 Project (Canada) 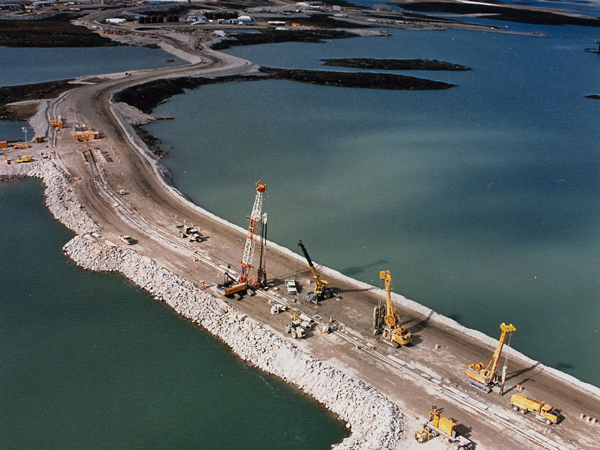 The objective of this project is the construction of a dike to enable open-pit mining, at the remote subarctic Diavik Diamond Mine in the Northwest Territories (NWT) of Canada. The NWT is a federal territory of Canada. The NWT are bordered by Canada´s two other territories, Nunavut to the east and Yukon to the west, and by the provinces of British Columbia, Alberta, and Saskatchewan to the south.

The Diavik Diamond Mine is located approximately 220 km south of the Arctic Circle and 300 kms northeast of Yellowknife, capital of Canada’s Northwest Territories. 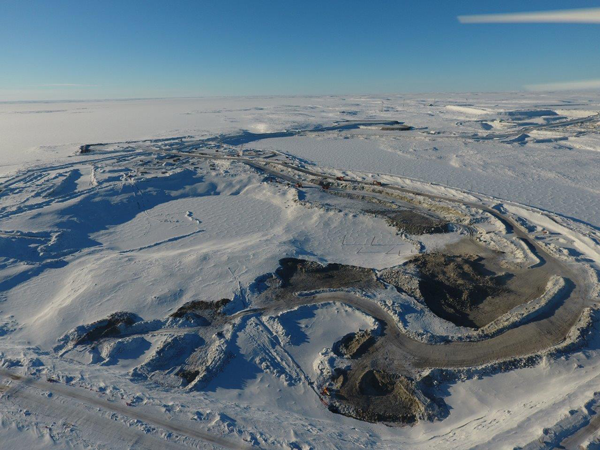 The production at Diavik Diamond Mine began in 2003 and has been a fully underground mining operation since 2012. The mine produces predominantly gem quality diamonds destined for high end jewelry in all major consumer markets around the world.

In late 2014 Diavik received project sanction and financial approval to construct a third dike around the A21 kimberlite pipe to enable open-pit ore extraction. Diavik Diamond Mine is in the process of developing the last of four kimberlite pipes located just off shore of South Island and East Island in Lac de Gras, called the A21 pipe. In order to construct an open pit mine, a 2.2 km perimeter dike is constructed.

A deep cut-off installed through the dike was required. Therefore a combination of different foundation engineering techniques were utilized to construct the proposed cut-off wall structure safely, efficiently, and within environmental regulatory limits. 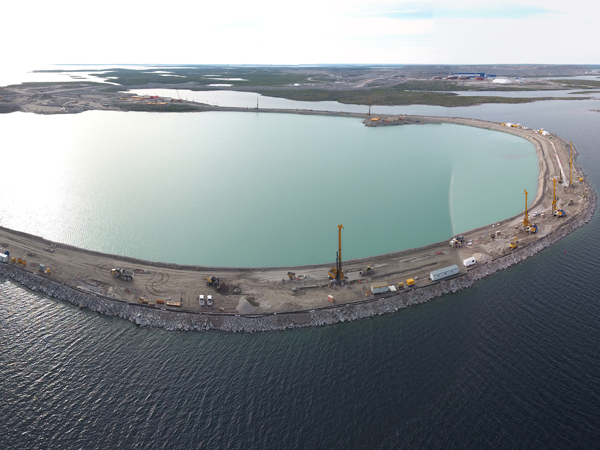 DDMI completed the first phase of the project which was to form the dike body with crushed rock won from previous mining activities at the Diaivik site. The special foundation works started with the vibro densification of the dike body along the proposed cut-off wall alignment. The actual bedrock below the filled dike body was sealed with a grout curtain (drilling, water pressure testing and grouting) to a depth of nearly 60 m. The final Cutter-Soil-Mixing (CSM) cutoff wall had to be installed through the densified dike into the geological till-material embedded above the bedrock. More than 23,000 m pre-drilling in advance of the CSM works was executed to ensure embedment of the 23 m deep CSM cut-off wall into the till material. The purpose of pre-drilling was to extract boulder and cobbles in the till to enable CSM works.

More than 19,000 m² of wall were installed along the dike perimeter utilizing this foundation technique, whereas the shallower connection points at each end of the dike were open excavated and filled with similar slurry material.

The works on the cut-off wall were completed with jet grouting (pre-drilling and jetting) to safely close the gap between the bottom of the already installed CSM element and the installed lower grout curtain.

The works were executed by utilizing:

The location of the mine presented special challenges, for example construction works could only be carried out between May and October. Logistics was another major challenge, as large transports are only possible during an eight week window in the winter when the ice road to the mine is open. As a result, the project had to be completed in two seasons in 2016 and 2017. This was done on time as agreed with the client.