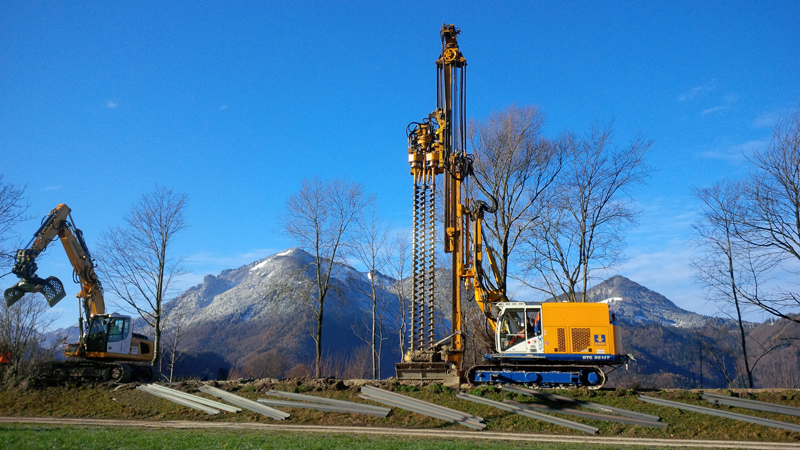 During the flood of June 2013, weak points became visible to the south of the Chiemsee lake, at the dikes along the Tiroler Achen river. So far, a total of 25,000 m² Mixed- in-Place walls along three sections have been integrated for soil stabilization and sealing the dikes starting at the  A8 and moving southward. At times, two Mixed-in-Place drilling rigs were used at the right and left-hand sides of the river. Due to the limited space available for building site facilities, slurry had to be pumped in sections along   a stretch of 1,300 m from the mixing equipment to the drilling rig. Coarse alluvial soils with high storage density required the use of special drilling tools.