MIP wall secures the dams of the Upper Iller 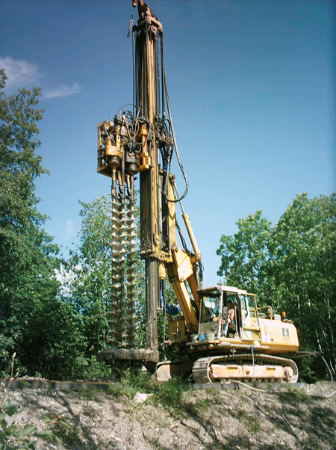 After the 1999 Pentecost flood which caused immense damage along the Upper Iller, a master concept was developed for dam rehabilitation in this area. One of the key measures taken was the remediation of the dikes, which were provided with structurally effective cut-off walls. From 2001 to 2005, approximately 71,000 m² of (reinforced) cut-off walls using the patented Mixed-in- Place method were constructed in the sections between Kempten and Oberstdorf. During the flood of August 2005, the dikes faced a tough challenge sooner than expected, but the MIP wall held strong!