For some time now, water flows have been detected at certain locations on the dams of the Grand Canal d’Alsace. In order to prevent dam destabilization and the associated risk of material discharge, a total of 33,500 m² of Mixed-in-Place cut-off wall was built along the dam axis from July to December 2011. Using the virtually vibration-free Mixed-in-Place method, wall depths of up  to 18 m were realized in the abrasive, alluvial soils. Geo- thermal measurements taken before and after the wall construction confirmed the success of the  measures taken. With a total surface area of over 70,000 m², this led to a successfully strengthening of the Rhein dams. 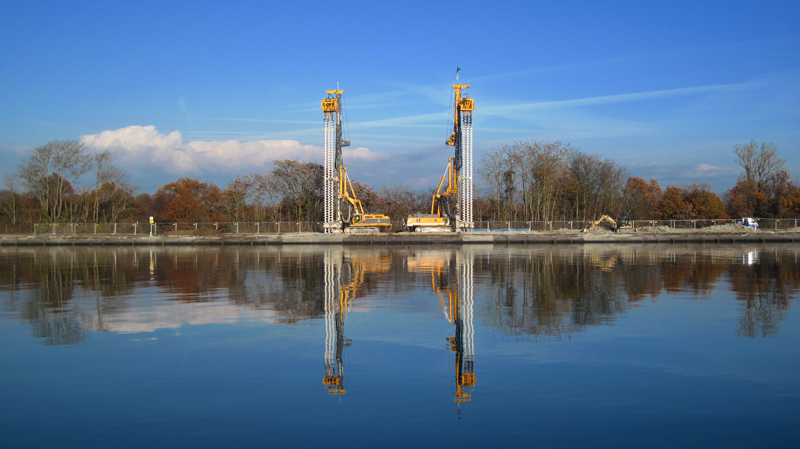