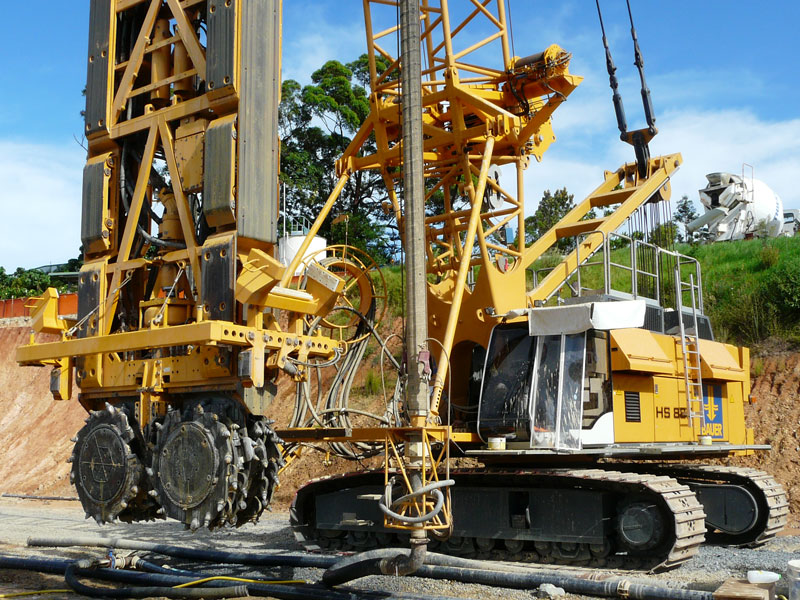 The Hinze Dam is located on the Nerang River, 15 km south-west of Nerang in South East Queensland and provides the major part of the Gold Coast region’s water supply.

The Hinze Dam was built in 1975 and raised in 1985 up to a level of 93.5 m. During stage 3 the dam was raised once again, this time by 15 m to 108 m, thus doubling water capacity and
significantly elevating flood storage capacity.

The project also provides greater flood mitigation for properties downstream of the dam and adjusts the structures to current dam safety design guidelines and standards. 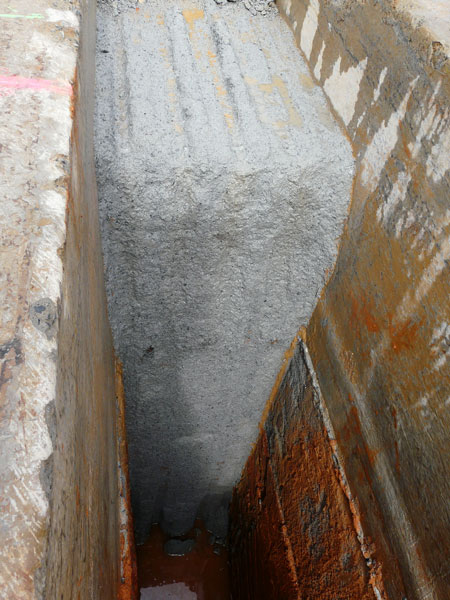 During the design stage of the Hinze Dam upgrade the permeability of the dam and the foundation were evaluated. It was found that the increased water pressure would have an impact on the right abutment, due to the presence of highly permeable chert and greenstone with a discrete series of defects as well as continuous defects in geological contact zones. This unfavorable geological formation influences the seepage through the structure, which causes increased leakage through the
foundation, internal erosion and piping.

The client’s design team, which was supported by Bauer, concluded that only a plastic concrete wall which stops seepage through the hard rock strata (UCS up to 150 MPa) would meet all the requirements, providing a reliable and sustainable seepage barrier.

The cut-off wall of 220 m length, a depth of more than 50 m and a thickness of 0.8 m constructed by Bauer begins within the existing saddle dam, extends through the section of the central core and finally reaches into a 5,000 m² hard bedrock area below the core where seepage is being decreased to a minimum. 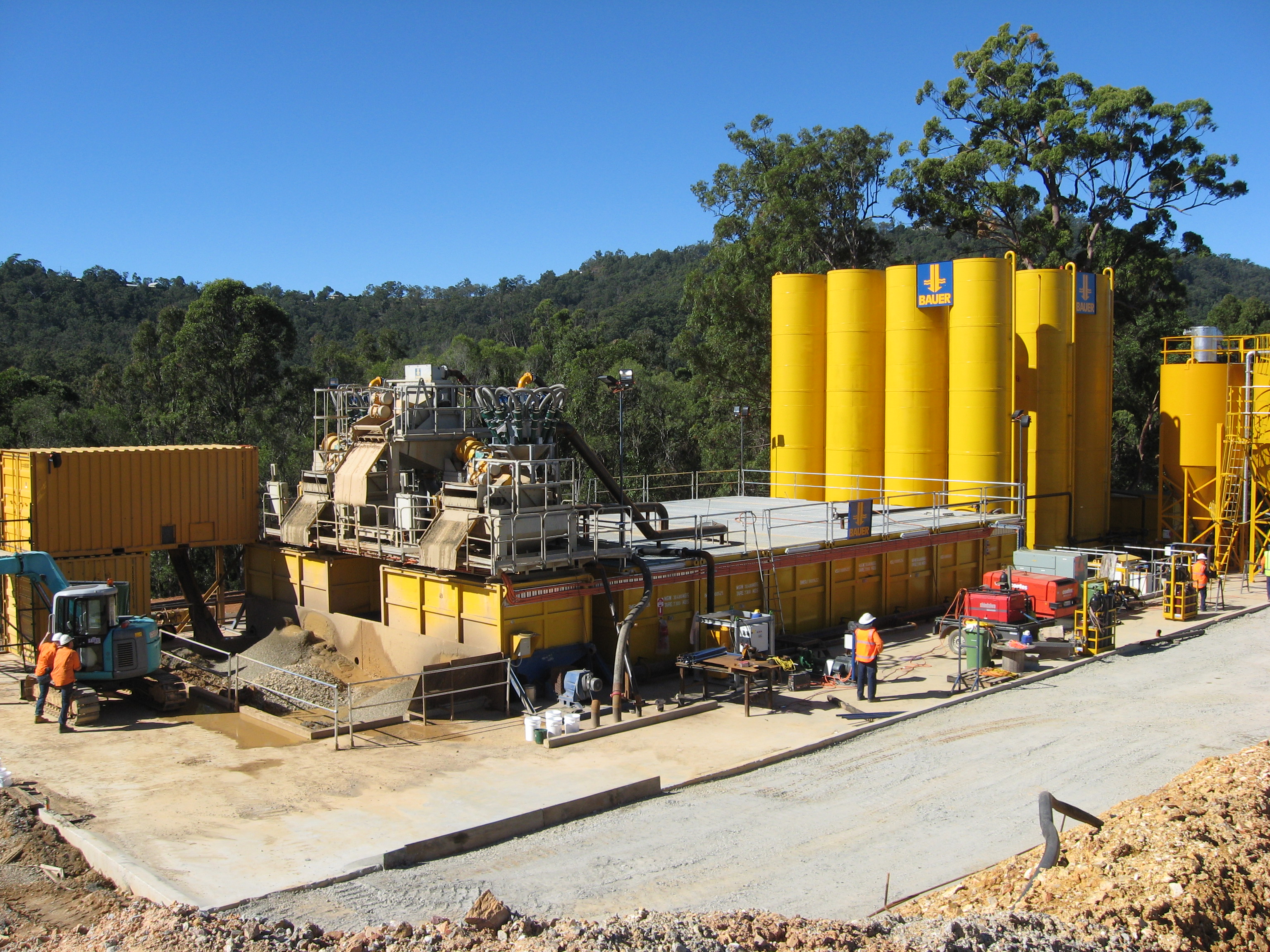 Scope of work:   • Cut-off wall by Bauer Cutter and Clamshell