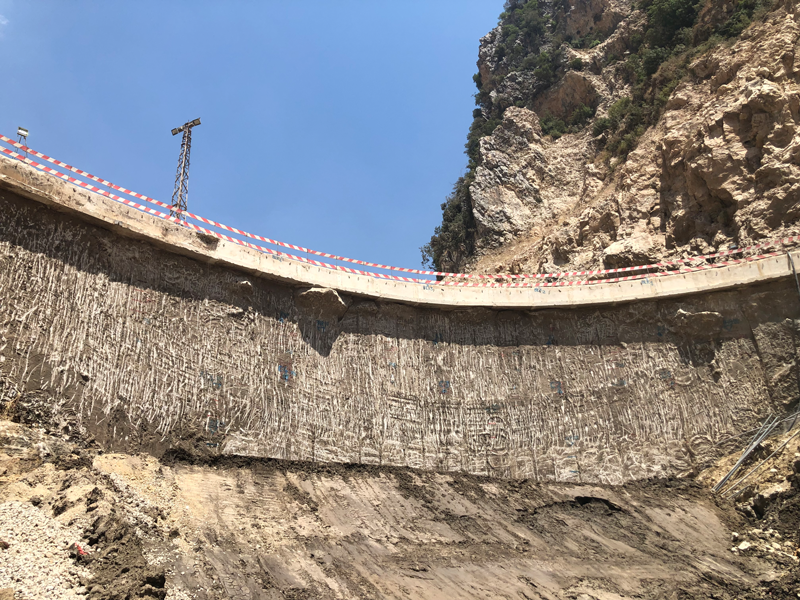 The deep excavation to the dam foundation level is supported by an arch-shaped bulkhead.

The bulkhead, executed as overlapped rows of diaphragm walls (d-walls), was successfully completed in February 2019.

The executed concept is coming from Bauer.

The bulkhead (diaphragm) walls with a total area of about 3,610 m² were constructed, utilizing Bauer BC 40 cutter, in alluvial deposits, mostly in zones with noticeable permeability, which aggravated the challenges related to the locally encountered artesian conditions.

Despite the challenges faced, with considerable full-face rock excavation to reach and block the assumed cavities, the bulkhead construction works were finished ahead of the schedule to the full satisfaction of the client. 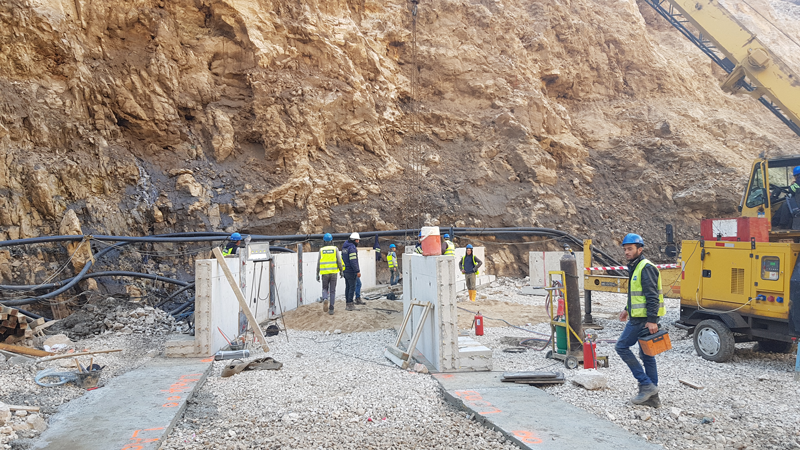 The installed diaphragm walls provides the necessary stabilization during the deep excavation to reach the dam foundation level. The d-walls extends over a length of approx. 80 m.

Approximately 3,610 m² diaphragm walls were constructed with a nominal thickness of 1,2 m (U/S). The bulk head is designed to support maximum excavation depth of 36m.

The bulkhead diaphragm walls were constructed in a relatively heterogeneous soil condition:

The execution of the diaphragm walls was another pioneer work in Lebanon, being the first bulkhead diaphragm wall on dams in specialized geotechnical works in the country.