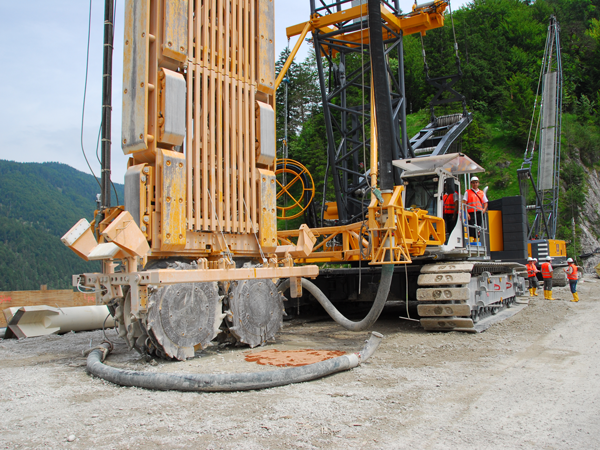 In the course of 2012 – within a construction period of eight months from spring to autumn – BAUER Spezialtiefbau GmbH installed a diaphragm wall with a depth of 70 m and a thickness of 1 m. The installation of the concrete cut-off wall was the first step in a three-phase measure to retrofit the dam. The client, Bayerisches Staatsministerium für Umwelt und Gesundheit (Bavarian Ministry for the Environment), was represented by the Water Management Office Weilheim which had the responsibility for the execution.

The Sylvenstein Dam, built between 1954 and 1959, has now been reinforced by the cut-off wall and further with a state-of-the-art reporting and controlling system for leakage water after having run for more than 50 years. 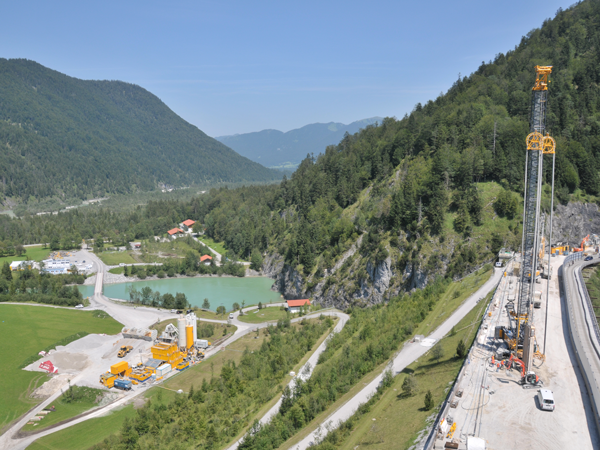 Originally, the main task of the dam was to correct the low water level of the Isar, meanwhile the focus has turned on mitigating strong floods. Thus, the rehabilitation was also a precaution against the follow-up of possible climate changes and has proven during the floods of 2013 to be a major key to preventing flooding in Bad Tölz and Greater Munich.

Sylvenstein Dam being 42 m of height and 180 m of length is based on a 100 m deep erosion trench in the main dolomite filled with detrital of the river. This trench was sealed by several rows of injection grouting using claycement during the construction of the dam. The slim central sealing core consists of a soil-concrete (gravel, fine sand, silt with bentonite) with up and downstream filters of moraine gravel. 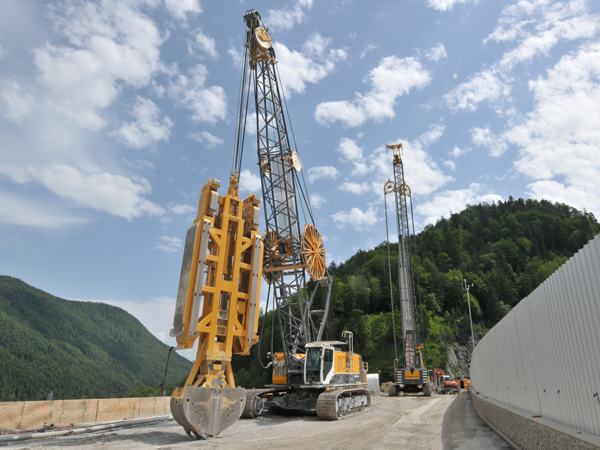 Now, a two-phase diaphragm wall was installed as new sealing element. Its position in the core is shifted slightly downstream of the dam axis. By executing several investigation drillings up to a depth of 140 m into the dam subsoil it was determined how deep the diaphragm wall had to be. The diaphragm wall had to reach a depth of up to approximately 70 m below the dam crest (suffusion stability) as there are alternating layers of gravel and rock sediments and the highly varying permeability of the old underground sealing.

Starting from the 180 m long dam crest Bauer Spezialtiefbau installed the concrete cut-off wall having a total area of 10,000 m². Preparation works were executed with a grab in the upper part of the trench.

Then, the diaphragm wall was installed, deploying a BAUER trench cutter BC 40 with a base carrier MC 128, up to a depth of 70 m also embedding the wall laterally into very hard rock.